Having Read the Mueller Report 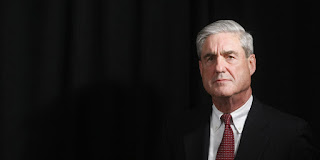 I had three questions regarding the Mueller investigation into Russian interference in the United States 2016 Election:

Having now read the Mueller Report, these are my answers. 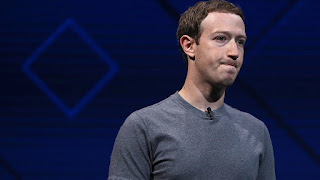 So, the answers to our first question are:

Rudy Giuliani was correct, if misleading, when he said “collusion is not a crime.” The Mueller Report would ultimately clear up the confusion, but was preempted by Attorney General William Barr’s “summary” of the report. The 4-page summary was released days before the report itself, and was followed by Barr’s curious press conference the morning of the day the redacted report was to be released. In his statement, Barr repeated multiple times that there was no “collusion,” and insisted that Trump had “fully cooperated with the special counsel’s investigation.” 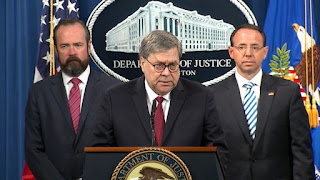 The Mueller Report pointed out that the Special Council evaluated potential criminal conduct by the Trump Campaign according to conspiracy law (18 U.S.C § 371), because “collusion” per se is not found in U.S. Code nor in federal criminal law (p.181). The burden of proof for conspiracy used by the Special Council was that the Trump Campaign and the Russian Government had an agreement, tacit or express, on the Russian’s election interference, and more, that the parties were taking actions informed by or responsive to the other’s actions or interests.

The Mueller investigation identified innumerable links between the Trump Campaign and Russians possibly tied to the Russian Government (e.g., “cutouts”). People interviewed by the Special Council sometimes provided information that was false or incomplete, while others deleted relevant communications, used encrypted communications, or auto-delete features (p.10).

Ultimately, the Special Counsel concluded that there was insufficient evidence to establish that members of the Trump Campaign conspired with the Russian Government in its election interference activities.

As for Mr. Trump’s cooperation with the investigation, that matter is addressed in Volume II of the report addressing obstruction of justice, and is covered here on Page 3.

There have been and will continue to be fierce disagreement with Robert Mueller’s finding in the matter of collusion. The Report confirms what the media was reporting about the many meetings between Trump Campaign officials and Russians, and adds others of which we were unaware. Furthermore, it confirms what Michael Cohen testified to regarding Trump Tower negotiations — they were going on until at least 2016 — giving Trump a substantial reason to cooperate with Russian interests (p.67). Nonetheless, it’s important to understand that Mueller was not charged with making a value judgment about the moral or ethical behavior of Donald Trump, or even to characterize it. He was charged with making a decision to prosecute or decline to prosecute. He did that.

What those unsatisfied with the results of Mueller’s investigation should consider is that Congress is not constrained by the jurisdictions or legal code under which Mueller operated, and can decide that even the appearance of conspiring with a U.S adversary, along with the appearance of a conflict of interest, is sufficient to hold the President accountable in some other manner than criminal prosecution.

A quick review of the Table of Contents for Volume II provides the reader with a sense of the depth and breadth of the President’s obstructive actions, from refusing to acknowledge Russian interference in the 2016 election, to attempting to fire the Special Counsel.

A somewhat amusing anecdote in the Report about the President’s obstructive actions described Trump’s directing Attorney General Jeff Sessions to inform Mueller that he only had jurisdiction to investigate Russian meddling for “future elections.” Sessions, who at the time had recused himself from dealing with the investigation, refused. (p.97) 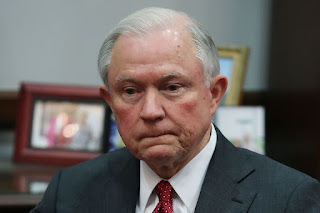 The President finally agreed to respond to certain written questions, not including obstruction. In doing so, Trump answered 30 times with some form of memory failure. In other cases, the President’s answers were “incomplete or imprecise” (Appendix C). The Special Council viewed the President’s answers as inadequate, and considered issuing a subpoena for his testimony. In the end however, Mueller felt he had sufficient evidence for the Report, and did not want to delay submission pending the result of long litigation (Appendix C).

Given the evidence collected by the Mueller investigation, it may be surprising that the Special Council did not charge Trump with obstruction of justice, but he didn’t. Instead the Report states that, “while this report does not conclude the President committed a crime, it also does not exonerate him”(p.2).

The reason the Special Council chose not to charge the President revolves around an opinion issued by the Office of Legal Counsel (OLC), a part of the Department of Justice, and the concept of “fairness.” The OLC opinion states that, "the indictment or criminal prosecution of a sitting President would impermissibly undermine the capacity of the executive branch to perform its constitutionally assigned functions" in violation of "the constitutional separation of powers.”

Mueller chose to accept the OLC opinion and so not prosecute the President. Because he would not prosecute, the President if found guilty of criminal conduct with regard to obstruction would not be afforded the opportunity to defend himself in the ordinary way — through a speedy and public trial. See the Introduction to Volume II, pages 1 & 2 for a more complete summary of the Special Council’s reasoning.

By early Tuesday evening, May 7, more than 720 former federal prosecutors who worked in Democratic and Republican administrations had signed a letter asserting that if Trump were not the president, he would have been charged with obstructing justice based on Special Counsel Robert Mueller's findings.

Finally, it is crucial to understand that the Special Council has provided Congress the means to hold the President accountable for his actions and makes it clear under the section on Statutory and Constitutional Defenses that, “Congress has the authority to prohibit a President’s corrupt use of his authority in order to protect the integrity of the administration of justice” (p. 8)

The Special Counsel goes on to say, “The conclusion that Congress may apply the obstruction laws to the President's corrupt exercise of the powers of office accords with our constitutional system of checks and balances and the principle that no person is above the law” (p. 8). 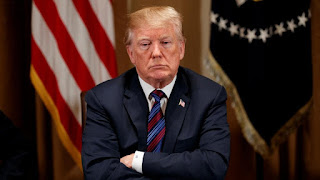 The 18 page summary needs to be promulgated in every news media. it is antithetical to Barr's four page screed.

We are in an administration of lies.

Thank you for this analysis, Richard.

Sen. Patty Murray Responds to My Letter Regarding President Trump's Responsibility for the January 6, 2021, Attack on Our Nation's Capital

Dear Dr. Badalamente, Thank you for contacting me regarding the transfer of power between President Donald J. Trump and President-Elect... 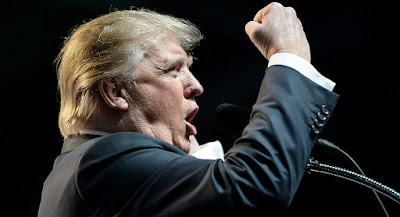 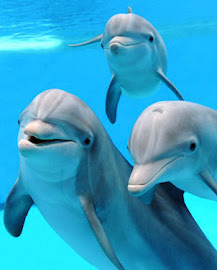