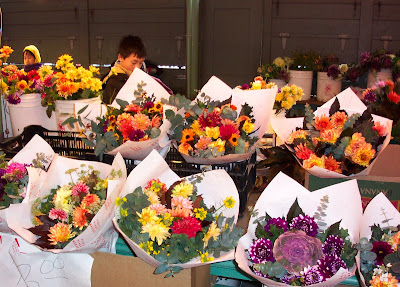 One of these bouquets is for you… or take two.

Posted by Richard Badalamente at 8:02 PM No comments: 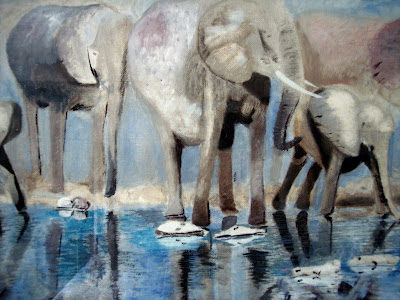 My painting of elephants at a dusty African watering hole is based on a National Geographic photograph.

Researchers at the University of Washington tell us that elephants face the risk of extinction as soon 2020 as a result of habitat loss and poaching.

Posted by Richard Badalamente at 9:59 AM No comments: 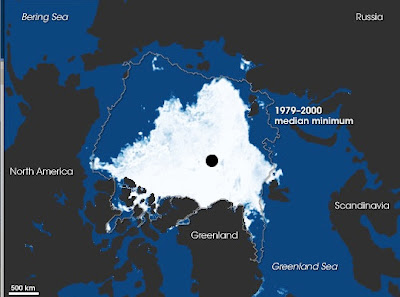 This map shows the extent of sea ice on September 17, 2008, measured by the Advanced Microwave Scanning Radiometer (AMSR-E) on NASA’s Aqua satellite.

Posted by Richard Badalamente at 3:48 PM No comments:

The Path without Form 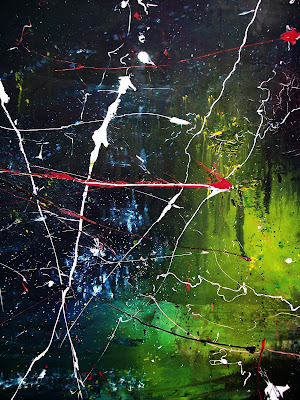 I painted this after reading the book, The Dancing Wu Li Masters -- An overview of the new physics, by Gary Zukav.

Posted by Richard Badalamente at 7:36 PM No comments: 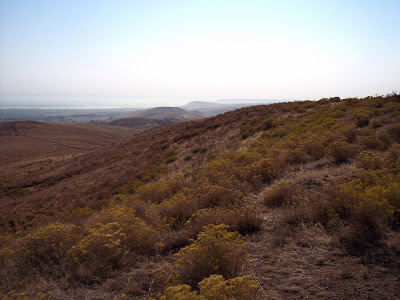 I climbed the Horse Heaven Hills today. The elevation gain is only 1000 ft., and the climb was gradual. I’d spotted some antennas on top and wanted to investigate. 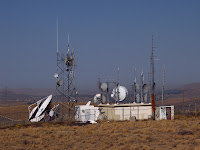 I carried my camera, 2 jugs of water, some trail mix, and my cell phone (I was expecting a call from my banker reassuring me that despite the market collapse my money was safe – the call never came). It took me only 20 minutes to reach the top. I found some odd stuff up there, like the erratic in this photo that someone felt it necessary to protect from graffiti artists by erecting a triangular wire cage around the rock. Not to be denied their canvas, the artists tore the front of the wire fence out and had their way with the rock. 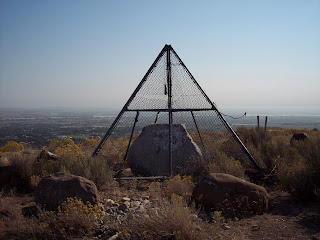 But really, what looks worse, the cage or the graffiti?

I’m not a geologist, but the rock is probably a glacial erratic. I know that some 15,000 years ago glacial ice blocked what is now the Clark Fork River and water level rose to some 2000 ft. When the ice dam broke, the resultant flood was catastrophic and literally moved mountains and shaped what you can see in this photo of the Columbia Basin. 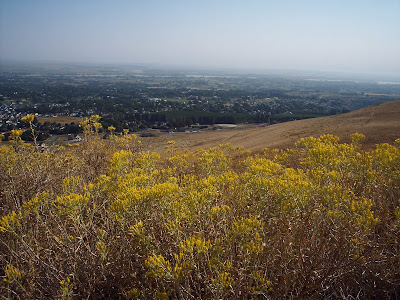 That’s Rabbitbrush in the foreground. Botanists call it Chrysothamnus Nauseous and it is apparently a member of the Aster or Sunflower family. I’ve read that the nauseous adjunct comes from the plant’s aroma, which smells like cloying room freshener, cooked broccoli, and formaldehyde. The hills are part of the area’s shrub-steppe, and are covered in sagebrush, bitterbrush, wheatgrass, Indian Rice Grass, and Idaho fescue, among other things. I was careful to stay on the trail (a road, really), but stepped to the side to see the crust of algae, lichens, liverworts, and mosses that cover the soil and is a critical component of native grasslands and shrub-steppe communities. 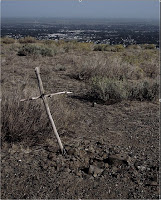 I stumbled across this small grave up there on that windswept hill. I stood there looking down at the handcrafted cross wondering...

Posted by Richard Badalamente at 8:24 PM No comments: 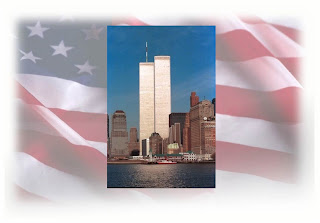 Posted by Richard Badalamente at 7:07 AM No comments:

Email ThisBlogThis!Share to TwitterShare to FacebookShare to Pinterest
Labels: 9/11, terrorism 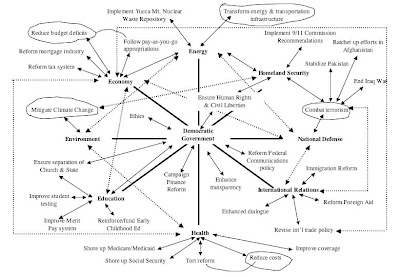 The issues facing our nation are complex and interrelated. All center on a government that works and works for we the people. Thus, our first priority must be to strengthen and preserve our democratic form of government.

I've circled the issues in the above diagram that are most important to me, realizing all the while that we must ultimately address all those things threatening the country we cherish, whether it be the massive debts sapping the strength of our economy, the terrorists threatening our safety, or human influenced climate change that threatens the entire world.

Posted by Richard Badalamente at 9:51 PM No comments: 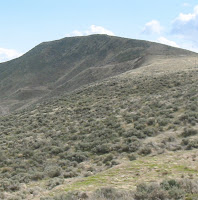 I hiked Badger Mountain this morning -- a beautiful, sunny, cool morning. This area was once shrub-steppe, a quilt of sage brush, tumbleweed, prairie grass, and various wild flowers, depending on the season. The foothills below the mountain are being developed -- lots of upscale homes are being built. Fortunately, some farsighted people established a grassroots effort, Friends of Badger Mountain, to preserve the trail and over 500 acres for hiking and recreation. If you're lucky, you'll see coyotes, deer, jackrabbits, rattlesnakes, and other wildlife, plus beautiful desert flowers in the spring. It's a steep climb -- 800 ft in a little over a mile, but the views are well worth the effort.

Posted by Richard Badalamente at 12:43 PM No comments: