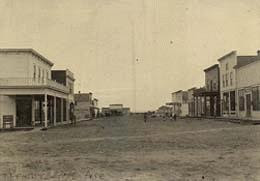 With the passage of the Growth Management Act (GMA), RCW 36.70A, the Washington State Legislature sought to create a method for comprehensive land use planning involving citizens, communities, counties, cities, and the private sector that would prevent uncoordinated and unplanned growth. 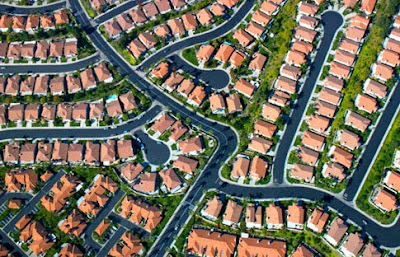 Posted by Richard Badalamente at 8:17 AM No comments:

In 1973 in France, French tax inspectors barged into the offices of the 155 year-old Cruse et Fils Freres wine shippers and discovered that the shippers were passing off inferior wines from humble growing regions as superior wines from regions like the noble Bordeaux. One vat of exceptionally bad wine was labeled, "Salable to Americans as Beaujolais."

In testimony before the Senate Committee on the Budget in January 2008, the Congressional Budget Office stated that "future health care spending is the single most important factor determining the nation’s long-term fiscal condition." Given its importance, Americans would do well to understand what's driving burgeoning health care costs and what can reasonably be done about it -- we don't want to spend a lot of money buying bad wine.

The chart above shows where the health care dollar goes, but not necessarily where we can get the most bang for buck in slowing the rise in health care spending.

Some people argue that the rise in America's health care spending is due to an aging population. But it turns out that the bulk of the projected increase in spending on Medicare is not due to demographic changes (e.g., increases in the number of beneficiaries) but rather to on-going increases in costs per beneficiary. In other words, we're spending more on our seniors that we did in the past. Why? 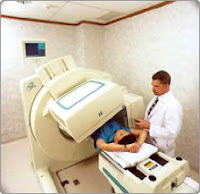 The reason for this is the same reason we're spending more generally on health care -- we have more high technology and better medicine and we dispense it more readily. According to the CBO, “The most important factor driving the long-term growth of health care costs has been the emergence, adoption, and widespread diffusion of new medical technologies and services by the U.S. health care system.”

The problem is exacerbated (if you want to look at it that way) by the fact that Americans are better informed about available medical technology (god bless the Internet and TV) and more aggressive in requesting it from their doctor. If they aren't already asking for the latest drug to reduce their anxieties, they're told to do so by pharmaceutical company advertising, "Ask you doctor about Zofloat, today." Prescription drugs cost, on average, 30% to 50% more in the United States than in Europe. Under most of the health care bills under consideration in the House and Senate, the secretary of health and human services would be required to negotiate drug prices on behalf of Medicare beneficiaries, a proposal that is anathema to pharmaceutical companies.

Another major factor in rising health care costs -- perhaps the most significant -- is the nexus between how doctors are paid and the cost of high tech medical procedures, such as the myocardial perfusion nuclear stress test, a procedure I had recently. I don't have my bill yet, but tests like this can easily run over $1000.

In the United States, nearly all doctors are paid piecemeal, for each test or procedure they perform, rather than a flat salary. As a result, physicians have financial incentives to perform procedures that further drive up overall health care spending. Doctors in the United States earn two to three times as much as they do in other industrialized countries. Furthermore, doctors have become much more business savvy, and like other businesses are realizing the financial benefits of vertical integration. Why “outsource” lab work when you can open your own lab and supply it a ready source of customers – your patients? 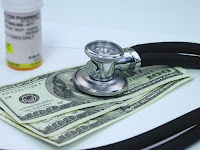 Americans generally don't begrudge doctors their high financial returns. It takes intelligence and hard work to become a doctor, to say nothing of the cost of medical school and setting up business (in fact, most new doctors start their profession in considerable debt). I don't have an opinion on whether doctors make too much money or not, but I do believe that a system that is designed to provide financial incentives to doctors to perform procedures rather than care for patients' well-being is a poorly conceived system.

It should also be noted that doctors make more from doing expensive, complex procedures. These procedures require specialists. Thus, an unintended consequence of our health care system is the over abundance of medical specialists and the growing shortage of primary care physicians.

Finally, the spectre of multimillion-dollar malpractice suits is a further incentive for doctors to practice "defensive medicine" and order expensive and often unnecessary tests.

Is it time to convert doctor's pay to a salary system? Many people think so. Most doctors don't.

Posted by Richard Badalamente at 10:04 AM No comments: 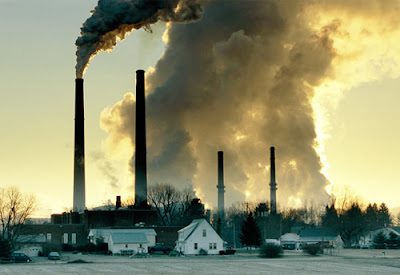 Three organizations, the Asia Society, the Center for American Progress, and the Natural Resources Defense Council, are putting out two separate reports this month that urge the US and China to put more money into projects in China that can better develop the technology of carbon capture and sequestration. The process captures carbon dioxide emissions from industrial and power plants before they enter the atmosphere and stores them underground, usually in geological formations.

An NRDC study starts by saying that "To avoid the worst consequences of global warming, the world must limit average temperature increases to less than two degrees Celsius or less by reducing carbon emissions at least 50% below 1990 levels by the year 2050."

The Asia Society study points out that "it is increasingly evident that maintaining the current trajectory of greenhouse gas emissions poses wide-ranging and potentially catastrophic risks to natural systems and human welfare . it is also clear that an unprecedented level of global cooperation will be necessary to successfully confront the immense challenge of reversing the effects of climate change."

Posted by Richard Badalamente at 4:53 PM No comments:

The coast of Antarctica is fringed by ice shelves that are thousands of feet thick in places. Fed by glaciers, these massive slabs of ice float on the surface of the ocean. Their elevation rises and falls with the tides. (©2005 BrynJ.)

Posted by Richard Badalamente at 8:46 AM No comments: 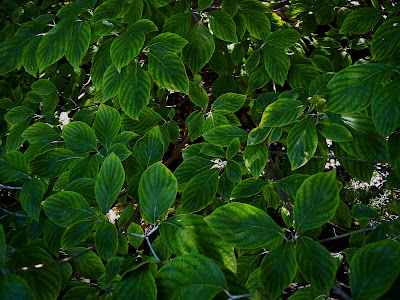 According to the Sustainable Development International Corporation (SDIC), The building industry increasingly relies on hi-tech, polluting materials and resource-intensive construction methods. As a result, most commercial and residential buildings that are constructed or renovated in the developed world are unhealthy and expensive to build, maintain, and operate. Individuals pay in high rent or mortgages, expensive maintenance, and increased health problems. Companies pay through decreased productivity, costly operations, and increased employee sick leave and medical expenses. Ecosystems pay in reduced biological diversity and diminished ecosystem and species integrity.

A November 5, 2009, presentation and discussion, Progress & Trends Toward Improving the Environmental Footprint of Commercial Buildings will include a discussion on the Leadership in Energy and Environmental Design (LEED) Green Building Rating System, developed by the U.S. Green Building Council. LEED provides a suite of standards for environmentally sustainable construction.

During this 60 minute webinar Robert Watson will present the findings of the soon to be released 2009 Green Building Market and Impact Report that was sponsored by JohnsonDiversey. This report is an integrated assessment of the land, water, energy, material and indoor environmental impacts of the LEED for New Construction (LEED NC), Core & Shell (LEED CS) and Existing Building (LEED EB) standards.

Register by clicking here Building a Sustainable Future and attend a web presentation.

Posted by Richard Badalamente at 7:57 PM No comments: