An Anniversary of Sorts -- Dick Cheney and Iraq 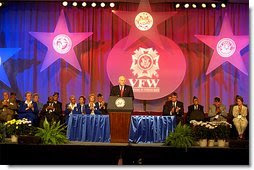 In a speech to the Nashville convention of the Veterans of Foreign Wars, August 26, 2002, Vice President Dick Cheney says Saddam Hussein has weapons of mass destruction.
“Simply stated, there is no doubt that Saddam Hussein now has weapons of mass destruction. There is no doubt that he is amassing them to use against our friends, against our allies, and against us.… What he wants is time, and more time to husband his resources to invest in his ongoing chemical and biological weapons program, and to gain possession of nuclear weapons.… Deliverable weapons of mass destruction in the hands of a terror network, or a murderous dictator, or the two working together constitutes as grave a threat as can be imagined. The risks of inaction are far greater than the risk of action.… The Iraqi regime has in fact been very busy enhancing its capabilities in the field of chemical and biological agents, and they continue to pursue the nuclear program they began so many years ago.”
**************

Senior members of the Bush administration made repeated claims that Iraq possessed chemical, biological and nuclear weapons of mass destruction and/or WMD programs, and was a grave and imminent threat to the security of the United States and the world.
Following the invasion of Iraq in March 2003, many months of exhaustive investigations found no stockpiles of chemical, biological or nuclear weapons.  No evidence of active WMD programs was found.
Iraq’s nuclear program ended in 1991 following the first Gulf War, and was never reconstituted.  Iraq destroyed its chemical weapons stockpile in 1991.  Its biological weapons were destroyed in 1991 and 1992.  Through 1998, U.N. weapons inspectors repeatedly checked suspected facilities, and had installed cameras to monitor activity at these sites.

Eight years after Vice President Dick Cheney's speech to the VFW, we are told the "combat mission" in Iraq is over, but troops will remain. We've spent untold billions of dollars and expended the lives of brave men and women, based on lies. And we'll spend more, and lose more lives, and we can only hope that Iraq after we're gone will be better off than before we came to "liberate" its people.
Posted by Richard Badalamente at 9:52 PM No comments:

Climate change: It's time to talk, and act, tough

Climate change: It's time to talk, and act, tough
Posted by Richard Badalamente at 8:43 AM No comments:

Sixteen large coal-fired plants have fired up since 2008 and 16 more are under construction. These are old-style plants – they do not capture and sequester carbon dioxide. They will generate about 125 million tons of greenhouse gases annually, equivalent to putting 22 million additional automobiles on the road.
The expansion, the industry's largest in two decades, represents an acknowledgment that highly touted "clean coal" technology is still a long way from becoming a reality and underscores a renewed confidence among utilities that due in large part to their lobbying activities, proposals to regulate carbon emissions will fail.
Posted by Richard Badalamente at 8:22 AM No comments: 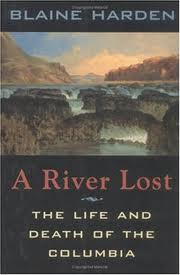 "This book is about the destruction of the great river of the West by well-intentioned Americans whose lives embodied a pernicious contradiction. They prided themselves on self-reliance, yet depended on subsidies. They distrusted the federal government, yet allowed it to do as it pleased with the river and the land through which it flowed. As long as there was federal money, they did not mind that farmers wasted water, that dams pushed salmon to extinction, or that plutonium workers recklessly spilled radioactive gunk beside the river" (Blaine Harden, A River Lost: The Life and Death of the Columbia).

This book is a must read for anyone in Eastern Washington who is at all suspicious of the Tea Party movement's rhetoric concerning big government.
Posted by Richard Badalamente at 8:04 PM No comments: 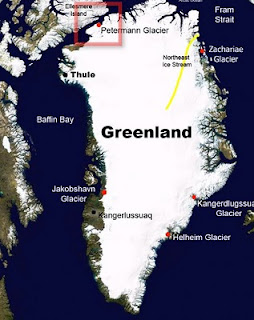 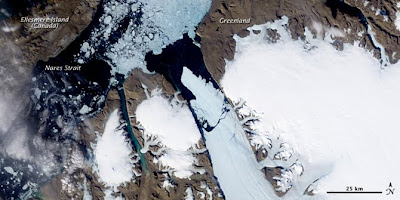 Posted by Richard Badalamente at 8:31 AM No comments:

The Climate is Changing and that Drives Other Changes 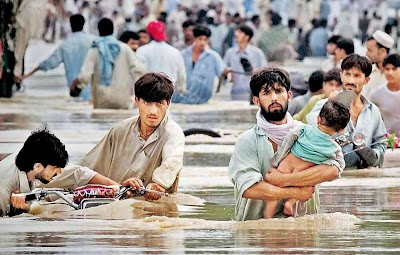 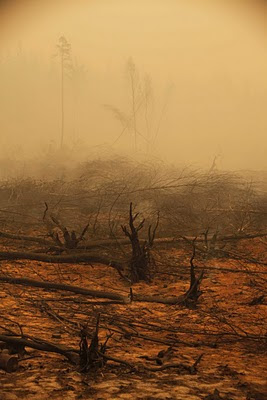 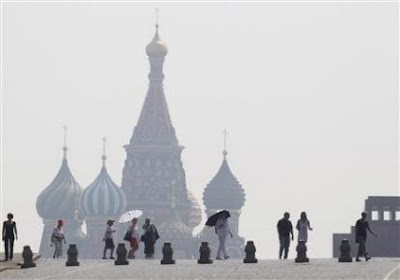 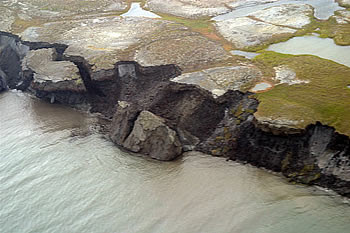 Large chunks of tundra slump into Arctic Ocean as permafrost thaws
In addition to the immediate human suffering brought on by these events, there will be dramatic food shortages stemming from the floods, fires, and heat that will extend the suffering over many years, and if we don't do something to mitigate the effects of anthropogenic, i.e., human caused, global warming (AGW), far into the foreseeable future. 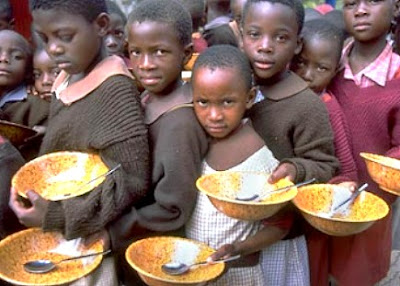 Posted by Richard Badalamente at 10:43 AM No comments:

An Enemy of the People 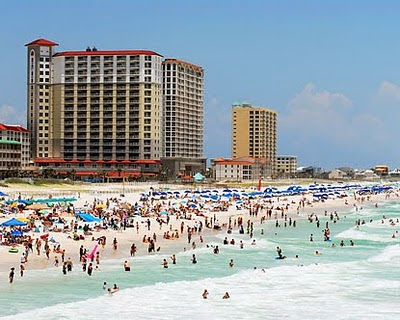 Dr. Thomas Stockmann is a popular citizen of a small coastal town. The town has recently invested a large amount of public and private money towards the development of medicinal baths, a project led by Dr. Stockmann and his brother, Peter Stockmann the Mayor. The town is expecting a surge in tourism and prosperity from the new baths, said to be of great health value, and as such, the baths are a source of great local pride.


Just as the baths are proving successful, Dr. Stockmann discovers that waste products from the town's tannery are contaminating the waters, causing serious illness amongst the tourists. He expects this important discovery to bring him honor and approval and promptly sends a detailed report to the Mayor, which includes a proposed solution, but one that would come at a considerable cost to the town.


To his surprise, Stockmann finds the authorities unwilling to accept the seriousness of the issue and to publicly acknowledge and address the problem, claming it could mean financial ruin for the town. As the conflict develops, Dr. Stockman’s own brother tells him he should "acquiesce in subordinating himself to the community." Dr. Stockmann refuses to accept this, and holds a town meeting in order to persuade people that the baths must be closed.


The townspeople - eagerly anticipating the prosperity that the baths will bring - refuse to accept Stockmann's claims, and his friends and allies, who had explicitly given support for his campaign, turn against him en masse. He is taunted and denounced as a lunatic, and an “enemy of the people." 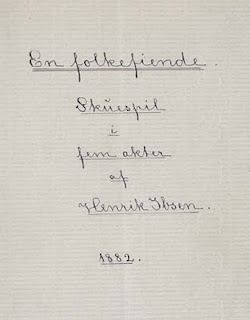 Posted by Richard Badalamente at 11:05 AM No comments:

Expert credibility in climate change: Who are the real experts and what do they think? 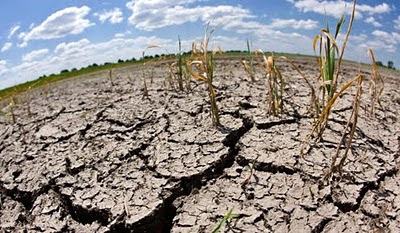 Although preliminary estimates from published literature and expert surveys suggest striking agreement among climate scientists on the tenets of anthropogenic climate change (ACC), the American public expresses substantial doubt about both the anthropogenic cause and the level of scientific agreement underpinning ACC. A broad analysis of the climate scientist community itself, the distribution of credibility of dissenting researchers relative to agreeing researchers, and the level of agreement among top climate experts has not been conducted and would inform future ACC discussions. Here, we use an extensive dataset of 1,372 climate researchers and their publication and citation data to show that (i) 97–98% of the climate researchers most actively publishing in the field surveyed here support the tenets of ACC outlined by the Intergovernmental Panel on Climate Change, and (ii) the relative climate expertise and scientific prominence of the researchers unconvinced of ACC are substantially below that of the convinced researchers.

Posted by Richard Badalamente at 9:59 AM No comments: