Medications for Back Pain 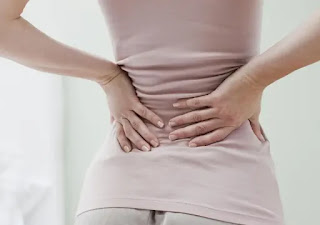 Different medications used to control back pain fall into different categories. Now, the broad spectrum of the categories can be broken down initially into the way we take the medication itself. So, oral medications, those that can be used as topical medications, and those that need to be injected.

So, to talk about the oral medications, which are more commonly used as an initial treatment. Over-the-counter medications that control the pain, such as Tylenol, can be used to control the pain itself. Now if we are to actually employ the use of the anti-inflammatory and pain control, we can seek the aid of non-steroidal anti-inflammatory medications/drugs (NSAIDs). The most common ones are ibuprofen, naproxen, and the common brand names are Aleve, Motrin, Advil.

The other medications that can be used are steroids. If there is a lot of inflammation that causes the back pain, oral steroids can be employed. Now, generally, we don’t like to use oral steroids for a variety of reasons – they don’t tend to help pain that is axial, or in other words pain that is limited to the actual back without radiating into the extremities. So, we are actually using the steroids very sparingly because it has systemic effects - although minimal, but it does - and as with any treatment, we try to minimize the systemic effect or any side effect by achieving the highest yield in terms of relieving pain. So, steroids can be used, but are not commonly used.

Another type of medication is narcotic medication. Now, narcotic medications are opioids and they are used to dissociate the patient from the pain. They are usually used for severe, acute pain. They are meant to be used for a short period of time, such as the initial injury, or initial trauma, or initial onset of the most acute pain or they can be used in post-operative pain control. Another group of medications are muscle relaxants. Now, muscle relaxants are used to decrease the tone of the muscles and the reason to use them is because in many cases of back pain, muscle spasm is what usually accompanies it.

So, there are certain medications that can be used by just putting it directly on the skin over the area that is affected and that can be helpful. The benefit of these medications is that it is directly applied to where the pain is and where the injury is. The medications are either anti-inflammatory or pure painkillers. So the pure painkillers are things like lidoderm patch, which is lidocaine that is slowly released through a patch through the skin and that can be applied to used to just numb up the area and reduce the localized pain. Another type is the use of diclofenac, which is one of the older non-steroidal anti-inflammatory medications and that can be used in the form of a patch as Inflector patch or in the form of a cream, such as Voltaren or other formulations. The benefit of this is that it is localized and systemic absorption is quite limited. That limitation is the fact that it only penetrates a certain depth and so really the use is, to an extent, limited. 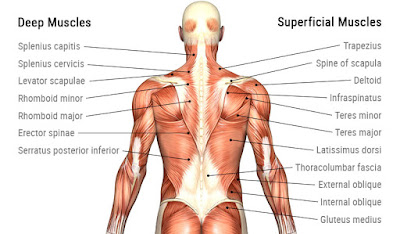 Another group of the medications are the medications that are injected and there are really two of the main ones that are used for back pain. One is non-steroidal anti-inflammatory medication that can be injected, such as Toradol, and that’s injected into the muscle and the effect is systemic - or in other words it affects the whole body - in reducing the pain and its anti-inflammatory action. Another one is anesthetic, which is anesthetic like lidocaine, bupivacaine, or any other form of an anesthetic that is used to numb up the area. That can be used either to break up a muscle spasm or to numb up an area so that other manipulations can be performed in order to relieve the pain.

Another medication that can be used as an injectable is a steroid. A corticosteroid, as opposed to an oral corticosteroid, goes directly to where the problem is. So, it doesn't have to be systemically absorbed - it bypasses the systemic effect - even though it is systemically absorbed to a small degree, but it bypasses the major systemic side effects and its concentration doesn't have to be diluted by all the processes that have to happen in our body in order to get that medication to the source of the pain.

Posted by Richard Badalamente at 8:14 AM